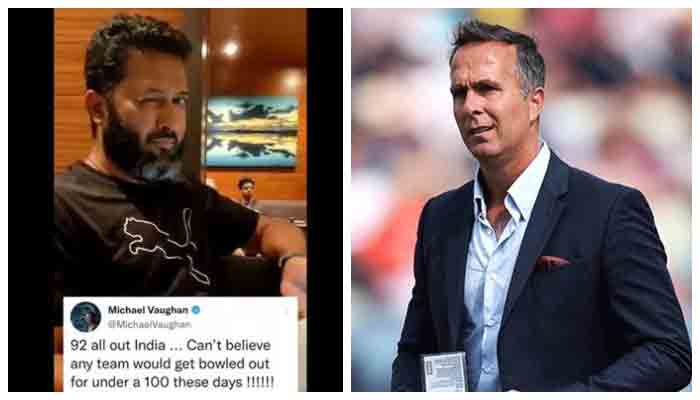 Former Indian cricketer Wasim Jaffer Tuesday took a jibe at former England skipper Michael Vaughan after the English team was bowled out for 68 on the third day of the Melbourne Test, handing a 3-0 victory to Australia in five-match Ashes series.

The Joe Root side failed to live up to the expectations in the third Test after losing the first two matches and succumbed to Australian bowling.

Wasim Jaffer got the opportunity today to hit back at Michael Vaughan who had mocked Men in Blue when they were bowled out for their lowest-ever ODI total in New Zealand (92) in 2019.

The former Indian batter took to Twitter and said: “England 68 all out @MichaelVaughan [See-no-evil emoji] #Ashes.”